Amidst the high spirits of communities across the Sultanate, Bank Sohar’s workforce convened to commemorate Oman’s 48th National Day in honour of His Majesty Sultan Qaboos bin Said’s wise leadership and the continued progress of his people. 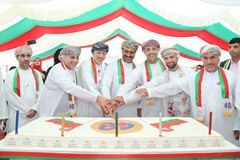 Commenting on the occasion, Mr Ahmed Al Musalmi, CEO of Bank Sohar, said, “On behalf of Bank Sohar, I extend the humblest of greetings and congratulations to His Majesty Sultan Qaboos bin Said. Under his wise leadership and guidance our beloved nation has continued to flourish whilst celebrating peace and prosperity of the highest degree in preservation of cultural traditions and values that have earned respect from around the world. As a financial institution that is deeply rooted within the community to serve local people, we ensure that all of our efforts are in-line with that of the nation in order to sustain and enhance economic prosperity.” 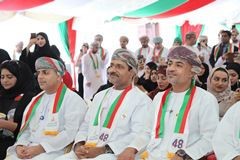 Having set up a large marquee next to its headquarters in Muscat, Bank Sohar staff and members of the general public visited to enjoy a host of exciting activities. The bank celebrated National Day with a carnival themed event boasting a traditional seating area and colourful interior; a pavilion where employees gathered to celebrate with undertakings for all, including a henna corner for ladies, staff talent shows, and performances from children. After a grand lunch, fresh Omani halwa was made on-site within the tent, catering to the high demand for the nation’s favourite local delicacy. The bank employees were given the space to express their pride by signing a canvas in a act symbolic of the nation’s unity before competitions ensued with prizes presented in conclusion of the day’s festivities. 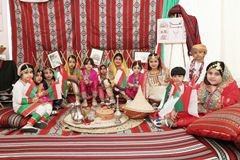 The bank’s celebrations at the headquarters were conducted alongside various other arrangements and events organized to commemorate the National Day. Bringing the Sultanate’s heartfelt festivities to those unable to partake in person, Bank Sohar organized under its Sohar Al Atta CSR initiatives a visit to children under the care of Royal Hospital to present them with gifts in a spirited commemoration of Oman’s 48th National Day. 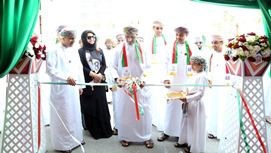 Other notable celebrations included the official inauguration of Sohar Islamic’s recently relocated branch in Sohar, and a social gathering for customers in Sohar complementing the bank’s exciting monthly draws for customers partaking in the Al Mumayaz Savings Scheme. In-house celebrations further ensued across the bank’s branch network with departments glamorised by the national colours and other nationalistic items, whilst Oman’s most customer centric bank further announced a range of exciting credit card promotions to win luxury hotel stays and cinema tickets for its valued customers. 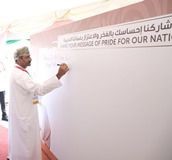 Bank Sohar continues to explore and negotiate potential market developments with the regulator as they arise with a view to extend the bank’s prospects in its contribution to the industry’s progress, as well as that of the national economy. In addition to its strategic and proactive engagements in-line with the guidelines set forth for Oman’s banking sector, Bank Sohar is equally prompt in its response to the government’s progressive policy revisions with a view to inspire greater economic diversification. In parallel with a thriving retail segment, the bank continues to extend its products and facilities for the large corporate banking segment and SMEs.