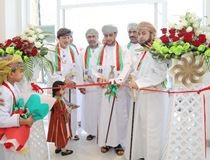 Mr Ahmed Al Musalmi, CEO of Bank Sohar was joined by Mr Salim Khamis Al Maskari, DGM and Head of Sohar Islamic, along with other members of the management team in welcoming guests to the event, followed by a formal ribbon cutting at the entrance by His Excellency. A branch tour ensued for the guests before a cake cutting in celebration of the Sultanate’s 48th National Day, complemented by Omani qahwa and halwa. A speech by Mr. Talib Al Balushi, Chief Branch Manager of Sohar Islamic’s Al Waqaibah branch concluded the event with a commemorative token of appreciation presented to the Guest of Honour for his kind patronage and graceful presence.

Commenting on the official opening, Mr. Ahmed Al Musalmi, CEO of Bank Sohar Said: “With a customer-centric strategy guiding our various initiatives such as network expansion and increased digitization, we continue to give equal priority to evaluating our existing service delivery channels to boost financial inclusion, maximize value to customers, and help them meet their financial requirements in the most convenient and efficient way.” 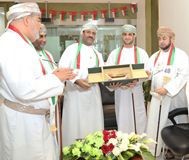 Mr Salim Khamis Al Maskari DGM and Head of Sohar Islamic said, “The official opening of our relocated branch in Al Waqaibah, Sohar, is another milestone in our drive to boost customer convenience. With its more centralized location, the branch brings our innovative range of Islamic Banking solutions closer to customers in Sohar and neighbouring Willayats”.

Since its inception, Sohar Islamic has established seven branches, which remain at the forefront of its operation alongside a growing suit of facilities on its Internet and Mobile Banking platforms. Sohar Islamic’s Al Waqaibah branch is now fully operational with ample parking for visitors and greater accessibility from all directions. The branch welcomes customers five days a week from 8am-2pm, delivering a complete range of Sohar Islamic’s Shari’a-compliant products and services for retail and corporate customers alike.

For general information about Sohar Islamic products, customers may visit any of the seven branches located in Muscat at Al Khoudh, Al Ghubra, Barka, as well as Firq in Nizwa, Saada in Salalah and Al Maabelah in Seeb, Al Waqaibah in Sohar. Alternatively, they can call 24730000 or visit www.soharislamic.net