AIWA Awards 2019: A night of winning for Sohar International

In a resounding endorsement of its stellar leadership, lofty growth ambitions and admirable 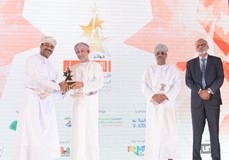 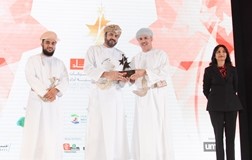 Speaking on the side-lines of the Awards ceremony, Mr Mohammed Al Ardhi stated, “It is an incredible honour to receive the Lifetime Achievement Award. Any recognition of a voice in the banking and financial arena, is a celebration for all of us who are working towards the robust and sustainable future of the industry in particular, and the nation at large. While I’m proud of all that has happened to bring me to this day, I am focussed on what tomorrow may bring; and have my eyes firmly set on continuing to raise the bar for Sohar International as it pursues its journey to become a world-leading Omani service company, that helps customers, communities and people to prosper and grow.”

He also mentioned: “Underlining an exceptional year of growth across a number of verticals, we have been also awarded the “Best Corporate Social Responsibility Campaign” award. The awards speak volumes on the tremendous strides made by Sohar International; and serve as encouragement for us to continue our quest to be the standard bearers of revolution in corporate governance, social responsibility, and performance, in the banking and financial sector within the Sultanate.”

Elaborating on the bank’s renewed strategy that has been instrumental in cementing its winning position at the Awards and otherwise, Mr Ahmed Al Musalmi, Chief Executive Officer of Sohar International, mentioned: “We are honoured to see our achievements recognized with such a prestigious accolade, underscoring an exceptional year of growth across a number of verticals. Sohar International continues to deliver extensive enhancements under a robust strategy to become a world-class Omani services company. We have been ahead of the curve in adopting a culture of innovation and winning; which is a key highlight of our proposition, and has certainly gone a long way in earning us accolades at the AIWA Awards. We are well positioned to further build on our market excellence, capitalize on upcoming opportunities, play an active and positive role in enhancing the national economy, and continue to create value for Oman.”

Mr Al Musalmi added: “2018 was a pivotal year in the Bank’s history as we embarked upon 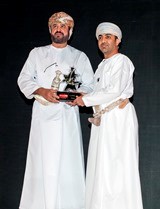 a new journey with a fresh vision that better enabled us to grow whilst delivering a robust contribution to the national economy. The bank reported a 15.9 per cent growth in net profit for the year ended December 31, 2018. The bank’s net profit rose to RO29.36mn for 2018 compared to RO25.33mn reported in the previous year. This year, the Bank’s net profit for the six months ended 30 June 2019 increased by 32.91% compared to the same period in 2018. Consistent to our customer-oriented reinvigorated strategy involving the increase of dedicated customer experience assets, nationwide network expansions, digitalisation and online stakeholder engagement, we will persist to build on our success and achievements; while continuing to help customers win and achieve their goals.”

Considered a source of inspiration for companies listed on the Muscat Securities Market (MSM) to consistently improve their performance in-line with the national agenda - the AIWA Awards recognise a select number of companies and corporate leaders for significant socio-economic contributions. Winners are announced following an annual survey of entries, conducted in cooperation with Gulf Baader Capital Markets (GBCM), and an audit by KPMG.

With the purpose of enabling people to win and delivering on its brand principles of providing more value, more vision, and more velocity, Sohar International continues to deliver on its promise of providing responsive banking services to help customers reach any goal. Coupled with a firm focus on customers and market demands, the Bank has received countless local, regional and international recognition over its 12 years of operation. That’s not all - Sohar International has been conferred with the prestigious ‘Excellence in New Brand Identity Award’ at the Oman Banking & Finance Awards 2019, as well as adjudged as a frontrunner under the Innovative Custom Components category at the fifth edition of the Infosys Finacle Client Innovation Awards, and has also recently won the Oman Best Brand Award for Brand Leadership by CMO Asia.