Reinforcing its position as an active player in enhancing the local economy, Bank Sohar held the second edition of its Chairman’s Forum ‘Viewpoints’ on 1st October 2018 at the Grand Hyatt in Muscat. The platform’s thought-provoking series of talks from world-renowned leaders featured Sir Gerry Grimstone, Chairman of Standard Life Aberdeen, one of the UK’s largest savings and investments businesses, as Guest Speaker. Sir Gerry Grimstone delivered a speech entitled ‘The World is Changing – a Chairman’s View’. 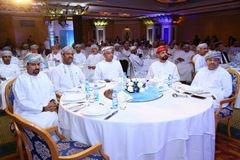 The much-anticipated evening initiated with guests being welcomed by Mr. Mohammed Mahfoudh Al Ardhi, Chairman of Bank Sohar’s Board of Directors, and Mr. Ahmed Al Musalmi, CEO, as well as other members of the bank’s leadership. In his welcome speech, Mr. Mohammed Mahfoudh Al Ardhi expressed the significance of accepting new ideas and the importance of flexibility in using them to achieve economic prosperity. Mr. Al Ardhi also touched upon the strategic role the Sultanate plays in the region and how such forums can play a role in envisioning ambitions and the overall future of the country that witnesses a larger youthful population relatively to other countries. The wisdom and experience attained through “Viewpoints” and similar forums are catalysts that construct ideas and aim to have positive results on the entire economy. 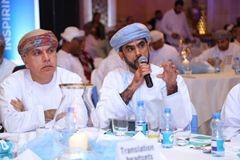 Sir Gerry Grimstone started his speech by admiring the rich and historical relations between the UK and the Sultanate, and then conjured a memorable keynote speech, sharing his extensive experience while considering some of the themes shaping the global economic, political and social landscape. A globalist, Sir Gerry examined the drivers of populism; modern threats to democracy; tensions between the great world powers; and the future outlook for Britain after Brexit. His talk ‘joined the dots’ on what these themes mean for financial services and why there is still cause for optimism. 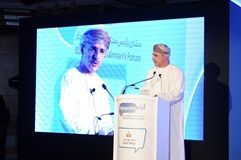 Both Mr. Mohamed Al Ardhi and Sir Gerry Grimstone sat on a panel discussion about the themes covered by Sir Gerry in relation to local affairs. Before the evening concluded, the floor opened for a Q&A session for attendees as well as those listening in live via broadcast on the bank’s social media accounts. Viewpoints concluded with a token of appreciation presented to the guest speaker. 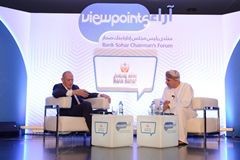 Commenting on the occasion, Bank Sohar’s Chairman, Mr Mohammed Mahfoudh Al Ardhi, said, “The extraordinary contribution of global leaders at Viewpoints has begun to translate into meaningful messages that are reverberating across the market. Our stakeholders’ proactive application of the insights shared at these forums is the catalyst we hoped to achieve, as this entails the potential for far-reaching impact across multiple economic channels. Bank Sohar is conscious of the primacy of thought leadership and endeavours to further its cause. We are exceptionally pleased to see such tremendous response from our esteemed guests, whom have accepted our invitation and endorsed our mission to instigate positive change across Oman’s economic assets. We look forward to inspiring our stakeholders furthermore at the next editions of Viewpoints - Bank Sohar Chairman's Forum to be announced later. We extend our heartfelt thanks to Sir Grimstone for an inspiring speech as well as our esteemed guests for participating in this forum and we look forward to sharing motivation and inspiration in future editions”. 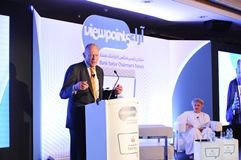 Sir Gerry Grimstone, Chairman of Standard Life Aberdeen and Barclays Bank, said: “It is a great privilege to be asked to present today at the Bank Sohar’s second ViewPoints event. We are living through a time of great change, where global forces are transforming the way we live and work. A forum like this is an invaluable opportunity to learn and share knowledge with leaders from across the world who have a major role in influencing this change. “ 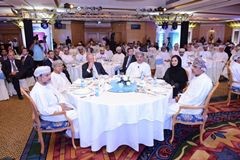 Following stakeholders’ positive response in the first edition of Viewpoints’ where the Bank hosted His Excellency Mohammad Abdulla Al Gergawi, Minister of Cabinet Affairs and the Future in the United Arab Emirates, as Guest Speaker, Bank Sohar promptly scheduled this second edition with plans to host more sessions in the future. Bridging the gap between local stakeholders linked to Oman’s economic development and providing a unique opportunity to engage world leaders in dialogue on key issues, ‘Viewpoints’ aims to deliver means of transformational change by providing insights from inspirational personalities to public officials, dignitaries, business chiefs, academics, students and entrepreneurs. 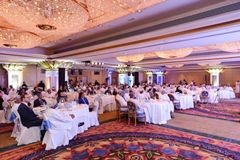 “We are exceptionally pleased to have hosted the second successful edition of Viewpoints,” said Mr Ahmed Al Musalmi, CEO of Bank Sohar. “At Bank Sohar we observe the scope for the continued investment in youth through this forum. Hosting leading personalities helps us make a difference for our customers be it SME, Entrepreneurs, College or University students. As a supporter of the national economy and Oman’s continued advancement, the bank undertakes many initiatives to enhance the prospects of talented youth of all ages. Bank Sohar’s launch of ‘Tomohi’, a one-year internship programme, and its sponsorship of further education and other courses, is demonstrative of its commitment to enhance the skills of motivated youth as it strives to boost their employability and help them realize their full potential.” 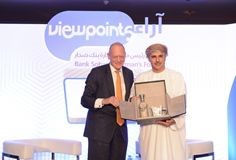 Guest Speaker Sir Gerry Grimstone is the Chairman of various companies worldwide, including the largest savings and investment business in Great Britain, in addition to his position as the Chairman of Barclays Bank, Standard Life in China, the TheCityUK-CBBC China Market Advisory Group, and various other organisations. As the holder of multiple directorships and a Member of Her Majesty Queen Elizabeth’s Treasury Financial Services Trade and Investment Board in the United Kingdom, Sir Grimstone is a veteran global leader who has served as one of Britain’s foremost Business Ambassadors. He was previously a senior investment banker at Schroders and has run businesses in London, New York, and Asia Pacific, with a noted specialism in mergers and acquisitions.