With the objective of reinforcing its position as an active player in enhancing the local economy and driving positive change, Bank Sohar officially launched the Chairman’s Forum ‘ViewPoints’, a thought provoking series of talks from world-renowned leaders. The first edition was held on Monday 2nd April at the Grand Hyatt Muscat, under the auspices of H.E. Sheikh Khalid bin Omar Al Marhoon, Minister of Civil Service, and featuring His Excellency Mohammad Abdulla Al Gergawi, Minister of Cabinet Affairs and the Future in the United Arab Emirates. 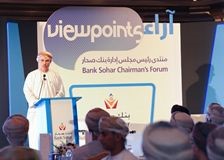 ‘Viewpoints’ is envisaged to provide a unique opportunity to gain insights from engaging in dialogue with inspirational personalities on key issues. The first edition saw a wide spectrum in attendance, including high profile public officials, business leaders, academics, college students and entrepreneurs. Following the speech of Mr. Mohammed Mahfoudh Al Ardhi’s, Chairman of Bank Sohar, His Excellency Mohammad Abdulla Al Gergawi spoke on the importance of Future Foresight and how it can impact overall development. His speech was then followed by an enlightening and a constructive discussion on relevant issues. The full talk and the discussions were also broadcasted live on bank Sohar’s social media channels and followers got the chance to ask questions during the discussion session. The event concluded with a token of appreciation to His Excellency Mohammad Abdulla Al Gergawi, and a commemorative group photo of Bank Sohar’s board and executive management with the guest speaker. 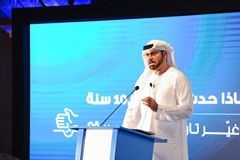 Commenting on the occasion, Bank Sohar’s Chairman Mr. Mohammed Mahfoudh Al Ardhi said, “We can observe the success of platforms like ViewPoints worldwide in different contexts; the value we bring to each other in meeting to share knowledge can deliver unprecedented and far-reaching impacts as the result of inspired thoughts. The majority of the world’s most successful companies and products, its most innovative pioneers and personalities stand as testament to that; thus our new initiative seeks to provoke its audience and inspire new direction across multiple economic channels in the Sultanate.” 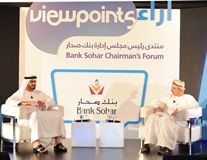 Mr. Al Ardhi added, “Bank Sohar’s latest initiative for contributing to the national economy serves as a catalyst for positive change by inspiring audiences with the innovations and guidance of inspirational leaders from across the world. ViewPoints goes beyond banking and aims to build the capacity of those working in business, banking, leadership, and entrepreneurship. The platform is a privileged and high-calibre interaction with leaders aspiring to enhance outcomes across the Omani context by enriching it with added value from across the world. We offer thanks to our esteemed guest and audience for embracing this opportunity to convene and be part of Bank Sohar’s endeavours to bridge the gap between various stakeholders in the local market. We look forward to our future editions of ViewPoints demonstrating equal value in welcoming yet another inspirational leader to Oman.” 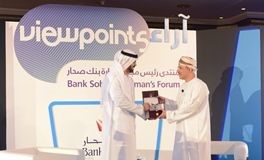 Following the tremendous success and positive response to ViewPoint’s first edition, Bank Sohar has promptly planned its second edition for the final quarter of 2018. Moreover the bank expects to hold several subsequent editions of the ViewPoints platform next year.

His Excellency Mohammad Al Gergawi is the United Arab Emirates’ Minister of Cabinet Affairs and The Future and serves as Chairman of the Executive Office of H.H. Sheikh Mohammad bin Rashid Al Maktoum, the Vice President and Prime Minister of the UAE and Ruler of Dubai.

In his capacity as Minister of Cabinet Affairs and The Future, Al Gergawi led the development of the UAE National Agenda, Future Foresight Strategy and Federal Government Strategy. He also holds the position of Deputy Chairman of the UAE’s Ministerial Development Council, as well as Emirates Investment Authority, the UAE Federal Government’s sovereign wealth fund. The Chairman of the Federal Smart Government Initiative as well as of the UAE Science, Technology and Innovation Committee, Al Gergawi also chairs the World Government Summit Organization, a global platform focused on shaping the future of governments and he is the Chairman of the UAE Council for the Fourth Industrial Revolution. As Vice Chairman and Managing Director of Dubai Future Foundation, he heads an entity tasked with implementing the Dubai Future Agenda, a strategy aimed at instilling a systematic focus on the city’s future development. Al Gergawi is also the Co-chairman of the Global Future Councils, a forward looking think tank in cooperation with the World Economic Forum.