In its pursuit of its vision to become a world-leading Omani services company that helps customers, communities and people to prosper and grow, Sohar International has displayed robust performance in 2019. The Bank increased Net Profit by 17.2% to achieve a record net profit for the year of RO 34.406 million compared to OMR 29.366 million last year. The Board of Directors have recommended a cash dividend of 6% for the year, which corresponds to 6 Baizas per share.

Commenting on the financial results, Mr Mohammed Mahfoudh Al Ardhi, Chairman of the 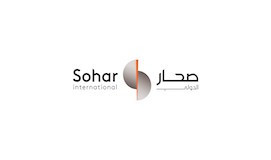 Board of Directors of Sohar International, stated, “Sohar International’s results have enabled it to become the fastest growing local bank while it pursues to fulfil the clearly defined vision. This is a reflection of the resilience the Omani banking sector has, as it maintains a steady growth in 2019 despite economic headwinds. With the ongoing commitment of the government to continue concentrating on infrastructure projects along with investments in the key sectors identified in the economic diversification plan, we expect to see a continued demand for financing in the near future despite current levels oil prices. Sohar International is well positioned to further build on its market excellence, capitalize on upcoming opportunities, play a positive role in enhancing the national economy and continue to create sustainable value for its stakeholders.”

Commenting on the Results, Chief Executive Officer of Sohar International - Mr Ahmed Al Musalmi remarked, “2019 has been a momentous year for Sohar International as we continued to stride upon our well-defined 5-year strategy while achieving several milestones on the way. With a clear purpose to help people win in all aspects of life, we had set in place key initiatives in year 2019 that have been successfully accomplished. From investing in our digital and physical infrastructure to investing in our people, we are gearing up Sohar International and furthering our capabilities to align ourselves alongside Oman’s vision 2040.”

“On the financial front, we continue to ensure that Sohar International performs on optimal levels by continuing to enhance operational efficiency and effectiveness through people and technology, as well as through a thorough approach to our core business ensuring that the engine is always running smoothly and effortlessly. The year 2019 results are testament to the strategy that we have set forth and a result of the trust and support we have received from all our stakeholders.”

Year 2019 witnessed Sohar International strengthen its capital base with an over-subscription of RO 100 million Perpetual Bonds and additional subscription of Rights Issue of another OMR 40 million. The organization’s continuous efforts have been globally lauded by credit rating agencies such as Moody's and Fitch having rated Sohar International in parity with peer banks in Oman.

Keeping a locked focus on customer centricity, the bank and its Islamic Window invested in relocating to a new premises as well as enhancing the overall look of its branches to ensure that the brand lives up to the required standards through all fronts. To further itself in becoming a world-leading Omani service company, Sohar International signed several Memorandums of Understandings to offer customer with best-in-class services. The Bank partnered up with European Financial Group (EFG) International, one of the largest and best-capitalized Swiss private banks to offer its high net worth customers with exclusive access to global investment opportunities and innovative products through its newly launched Wealth Management proposition. The bank’s Islamic Window – Sohar Islamic collaborated with the Ministry of Endowments and Religious Affairs In yet another opportunity to provide its services for the betterment of society and in line with the national agenda. On a corporate front, Sohar International was awarded with the advisory mandate for one of the largest textile manufacturers in Oman, to demonstrate upon its vision of creating a service company that offers complete financial solutions to its clients while displaying its investment banking and advisory capabilities.

The bank plays an active CSR role within the nation as it continues to invest in the future of Oman. Building on the success of past Viewpoints – Chairman’s Forum, Sohar International conducted further sessions to bridge the knowledge and experience gaps bringing the best of the world to Oman, as well as invested in Tomohi internship programme to prepare and gear local young Omanis for the job market. Sponsoring initiatives ranging from local talents such as Shihab Al Habsi – the Formula 4 Champion, and Nadhira Al Harhti – the first Omani female to climb Mt. Evert, to academia through the sponsoring the CFA Society of Oman and Jalsat Mulhimoon– a platform to encourage young entrepreneurs; Sohar International seeks to enable the community to win and raise the Omani flag high in all aspects.

Year 2019 witnessed the bank being honoured and acknowledged with various awards and accolades. The bank was recognised for business excellence by the Oman Economic Review (OER) magazine at their ‘Top 20 Awards’; and also won two accolades at the AIWA awards, including the ‘Best Performing Company’ Award in the Large Segment Category and ‘Best Corporate Social Responsibility Campaign’ Award for its Ramadan initiative. The Bank was conferred with the prestigious ‘Excellence in New Brand Identity Award’ at the Oman Banking & Finance Awards 2019 and has been adjudged as a frontrunner under the Innovative Custom Components category in the fifth edition of the Infosys Finacle Client Innovation Awards.

Continuing on this legacy, Sohar International has enters 2020 with a great sense of optimism and is all set to enable the whole organisation to grow by delivering enhanced performance on the fundamentals in response economical challenges, as well as increased market dynamism, whilst delivering a robust contribution to the national economy. The Bank believes in embracing the principles of More Velocity, More Value and More Vision in its strategic approach while embodying the attributes of being sharp, human and unstoppable.