In recognition of his exemplary business leadership and role in Sohar International’s transformation journey, Mr Ahmed Al Musalmi, Chief Executive Officer of Sohar International, has been honored with the coveted 'Business Leader of the Year Award', at the recent Alam Al-Iktisaad Awards 2021. Under the able leadership, Mr Ahmed Al Musalmi, Oman’s premium banking institution, Sohar International has been on a strong growth trajectory setting several industry benchmarks, scaling new heights and achieving commendable milestones. The event was held on November 30, at the Majan Ballroom in Al Bustan Palace Hotel under the patronage of Her Excellency Maitha Al Mahrouqi, Undersecretary - Tourism, Ministry of Heritage and Tourism, along with senior leaders from Oman’s corporate world.

“It is indeed a proud moment for us at Sohar International on this honour awarded to Mr. Al Musalmi. I believe that he is truly deserving of this title and on behalf of the Board of Directors, I extend my best wishes to him. The stellar performance recorded by Sohar International is a testament to Al Musalmi’s commitment, determination and ambition to fulfill the bank’s strategic objectives while making a positive impact in the lives of the Bank’s customers and stakeholders. He has played a pivotal role in Sohar International’s meteoric success, spearheading change and shaping a new identity for the bank, driven by a business model that goes beyond banking.”, said Mr. Mohammed Mahfoudh Al Ardhi, Chairman of the Board of Directors at Sohar International as he congratulated Al Musalmi on his win. “With industry-leading initiatives geared at digitalization, innovation and achieving excellence in all areas of operations, Sohar International’s leadership has ensured a strong financial performance in 2021. The Bank crossed OMR 4bn in total assets within a short span of three years while reflecting a phenomenal growth of over 40% despite a tough operating environment. We are certain that Mr. Al Musalmi will continue to attain more accolades in the years to come as he leads Sohar International to greater achievements.”

Mr Ahmed Al Musalmi has been a prominent figure in the Sultanate’s banking and finance industry, exemplifying his leadership acumen, by inspiring change, building a culture of innovation, and inculcating the spirit of winning in every member of the Bank’s team. He was named the “CEO of the Year” within the banking sector at the Oman Banking and Finance Awards 2020 for his strategic thinking, transformational vision and futuristic outlook.

With a capable leader, an inherent zeal for excellence and a highly motivated, skilled and driven workforce, Sohar International has redefined modern banking practices making them more responsive, agile and flexible. With an unfaltering dedication to serve the nation and the people of Oman, Sohar International has set new benchmarks and helped its customers, the communities, and the people to prosper and grow while achieving numerous local, regional, and international accolades. 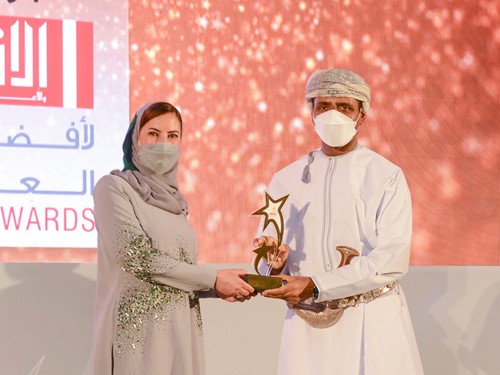