Reiterating its position as an active player in enhancing the Sultanate’s economy and driving positive change, Sohar International successfully concluded the fourth edition of its Chairman’s Forum ‘Viewpoints’ at the Al Bustan Palace, A Ritz-Carlton Hotel .

A thought provoking series of talks from world-renowned leaders, this year’s Viewpoints 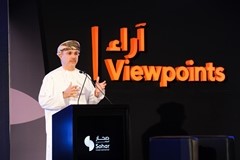 which was also covered live on the bank’s official social media platforms, hosted eminent leader – Mr. George Yeo Yong-Boon, a Singaporean former politician, business executive, and Senior Advisor to Kuok Group and Kerry Logistics Network. The evening witnessed him sharing a compelling and insightful session to the rapt audience on the Impact of the ‘Rise of China in Asia and Middle East’.

Playing host to the evening and representing Sohar International was Mr Mohammed Mahfoudh Al Ardhi, Chairman of the Board of Directors at Sohar International whom gave a compelling speech to the audience inaugurating the evening. Other executive members of the banks management including the CEO, Mr Ahmed al Musalmi were also present at the insightful event alongside guests comprising of every key group of economic contributors, including public officials, dignitaries, business chiefs, academics, students and entrepreneurs. 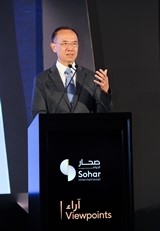 Shedding light on Viewpoints’ role in bridging the knowledge and experience gap in the Sultanate, Mr. Mohammed Mahfoudh Al Ardhi said: “In a world where ‘change is the only constant’, knowledge has emerged as the key differentiator between success and failure, both for individuals and countries. In such an ever changing world it is imperative to be well-informed and stay abreast with the latest. Sohar International’s ‘Viewpoints’ forum serves as one such platform that seeks to provide a unique opportunity to the Omani population with valuable insights and thought provoking engagements with eminent leaders sharing their experiences, knowledge and ideas on a global perspective.” Expressing his gratitude to the guest of honour, he further said, “I am grateful to Mr. George Yeo Yong-Boon for taking out time from his busy schedule and addressing this forum on the ‘Rise of China in Asia and Middle East.’ We thank him for sharing such great insights with us and the key takeaways will help in the overall development of Oman.”

Following the speech, the guest speaker - Mr. George Yeo Yong-Boon took stage to present his views on ‘Global Ideas for Local Impact.’ His speech touched upon global influences such 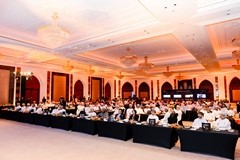 as those occurring in China and their impact on the local region. With rapid changes and fluctuating economies, these insights provided attendees with a wider outlook to the global markets and where they are heading.

An open forum was then deliberated as the guest speaker Mr. Yeo and Mr. Al Ardhi discussed experiences and ideas on Oman’s development and role as a key player in the global economic movement. Before the evening concluded, the floor opened for a Q&A session for attendees as well as those tuning in live via the live feed on the bank’s social media platforms. The event concluded with a token of appreciation presented to the guest speaker and a buffet dinner for the attendees. 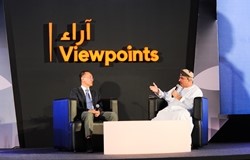 Expressing his views, Mr Ahmed Al Musalmi explained how the forum is already translating the bank’s forward-looking vision into reality. He said, “Oman is well-positioned to take advantage of the attractive economic opportunities taking place globally. At Sohar International, we are well equipped to take on these opportunities ultimately enabling customers gain access to them providing them a window to the international markets. By presenting and discussing successful ideas of other markets via Viewpoints, we intend to inspire tomorrow’s youth to keep a broadened outlook towards the country’s role in the international economy and how they can implement ideas that will bring more vision, velocity and value to upgrade the Omani market in accordance to the globalising world.”

George Yeo is a Singaporean former politician and business executive. For 23 years (1988-2011), Mr. Yeo held a range of senior positions in the Singapore Government including, 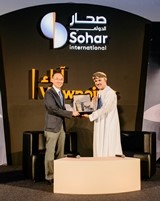 Viewpoints has been gaining traction from target audiences following successful sessions; where it has hosted dignitaries such as His Excellency Guðmundur Árnason, Permanent Secretary at the Ministry of Finance and Economic Affairs, Iceland speak upon Iceland’s economic experiences with a focus on the country’s financial challenges and how they influenced Iceland’s new organic budget law in 2018. The first edition of Viewpoints forum witnessed His Excellency Mohammad Abdulla Al Gergawi, Minister of Cabinet Affairs and the Future of the United Arab Emirates as a guest speaker who tackled the importance of Future Foresight and how it can impact overall development. While Viewpoints’ second edition featured Sir Gerry Grimstone, Chairman of Standard Life Aberdeen, one of UK’s largest savings and investments businesses, who delivered a speech entitled ‘The World is Changing – a Chairman’s View’.