Held under the auspices of His Highness Sayyid Kamil Fahad Mahmood Al Said, Assistant Secretary General for the Cabinet of the Deputy Prime Minister for the Council of Ministers of Oman, Sohar International recently conducted the 2018 Year End Grand Draws. The event was held on the 20th of January 2019 at the Royal Opera House Garden, Muscat, and attended by dignitaries, customers and members of the bank’s executive management team led by Mr Ahmed Al Musalmi, Chief Executive Officer of Sohar International. 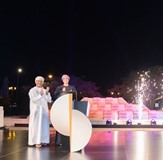 The event also witnessed the launch of Sohar | Prize Scheme for the year 2019, under the theme ‘Now That’s Winning’, delivered in a creative presentation featuring Mr Khalil Al Hedaifi, Chief Retail Banking Officer as he introduced the new scheme and detailed its objectives, benefits, categories and rewards. At the closing of the event, Mr Ahmed Al Musalmi presented a token of appreciation to His Highness Sayyid Kamil Fahad Mahmood Al Said, Assistant Secretary General for the Cabinet of the Deputy Prime Minister for the Council of Ministers of Oman.

Highlighting the importance of saving as key activity in driving success, Mr Ahmed Al Musalmi, Chief Executive Officer of Sohar International said, “With our rejuvenated brand Sohar International, we have embarked on a quest to redefine banking by raising the bar on customer-centricity and helping them to achieve their goals in an ever changing world. We become truly unstoppable when we consider our customers’ success as our mission. Rewarding healthy habits of savings does not only help individual customers realize their dreams, but has proven positive impact at a national socioeconomic level.” 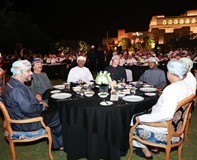 The 2018 Year-End draws revealed the names of 16 lucky customers to reward them with a total of OMR 330,000 in cash prizes in various segments. During the event, the Exclusive Draws were conducted to award OMR 200,000 equally distributed between 4 winners. The draws for the other categories were conducted earlier during the day, including the General Draws that revealed the names of four customers as winners sharing equal sums from a total of OMR 80,000; the Women’s Draws which accorded a total of OMR 40,000 to four female customers sharing the prize equally, along with Children’s Draws that rewarded four winners equal shares from a total of OMR 10,000.

Commenting on the event, Mr Khalil Al Hedaifi, Chief Retail Banking Officer, Sohar International said, “Over the years, we have succeeded in inculcating a strong saving culture within the Sultanate. Our objective is to create a life transformation for our winners, helping them realise their aspirations and allowing them to plan ahead and invest into the well-being of their families. And indeed, we have seen true stories of how the rewards of savings could truly transform; not just the individual winners, but also the community around them. As I take the pleasure of congratulating winners of our 2018 Year-End draws, I also encourage people to consider saving as a way to secure their futures and the future of their families”. 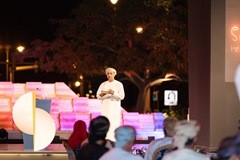 While the theme of the night was ‘winning’, Sohar International entertained its esteemed guests with a raffle draw, giving 5 invitees the chance to win OMR 500 each. Extending the spirit of winning beyond the spatial limits of the event, Sohar International also engaged its followers watching the event live on Instagram through a competition about Sohar I Prize Scheme for the year 2019 giving chances for 12 followers to win prizes totalling to OMR 1,200. 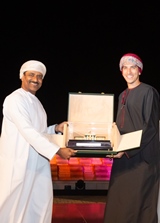 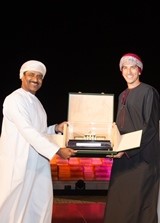 Sohar | Prizes Scheme for the year 2019 has been designed with customers’ feedback in mind, introducing four new draws for the first time, including Youth and Salary Transfer draws with total monthly prizes of OMR 2,000 and 5,000 respectively. Honouring special occasions within the community, Sohar | Prize Scheme 2019 will further host Omani Woman’s Day and 49th Omani National Day draws. The draws of the Omani Woman’s Day, celebrated yearly on October 17th, will reward 10 female customers a total of OMR 10,000, while the 49th Omani National Day draws will give away OMR 49,000 to 49 customers.

Along with these new categories, Sohar International will also offer increased opportunities for winning on regular basis including Weekly Draws of OMR 4,500, monthly draws of OMR 100,000, Quarterly Draws totalling OMR 200,000, and finally the year end grand draws of OMR 400,000.

Sohar I Prize Scheme 2019 comes in line with Sohar International recently launched new brand which celebrates the spirit of winning as it encourages customers to adopt saving as a lifestyle to ensure financial security and stability for them and their families. Sohar International new brand carries a promise to help people win by providing them with responsive banking services that meet their evolving lifestyles in today’s ever-changing world, in addition to delivering these services in a simpler and faster way, with more value added to help them achieve their current and future ambitions.