Furthering its journey of banking excellence, Bank Sohar has announced its financial results for Q3 2018, noting OMR 21.940 million in net profits for the first nine months of the year, a 15.62% raise on its performance throughout the same period in 2017. 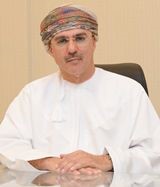 Commenting on the results for Q3, Mr Mohammed Mahfoudh Al Ardhi, Chairman of Bank Sohar, said, “The bank continues to deliver and comprehensively solidify its leading position in the Omani market on multiple fronts at the close of the third quarter in 2018. We have completed Q3 rather successfully, navigating a challenging economic environment on the road to banking excellence; demonstrating notable achievements along the way as one of Oman’s ‘Best Performing Companies’ this year”.

Mr Ahmad Al Musalmi, CEO of Bank Sohar, said, “Throughout Q3 the bank has delivered in its commitment to excellence as it works to achieve continued sustainable growth and profitability. The market’s response to our various innovations and service enhancements have proven critical to our continued progress, with notable achievements made in the extension of our product portfolio and a variety of improvements made to better our service delivery. I offer thanks to the Board of Directors for their leadership, our valued customers for their loyalty, and the bank’s employees as essential cogs in an evermore successful banking machine”.

Bank Sohar concluded the third quarter on a high note having recently been recognized as one of Oman’s ‘Best Performing Companies’ by Alam Al-Iktissad Wal-Amal’s highly-sought after accolade in the Large Capital category. In the pursuit of customer excellence Bank Sohar has expanded its network of operational branches and ATMs, in addition to the capabilities of its e-Channels with new digital features, and its product portfolio to engage new market segments through innovation. Reiterating its commitment to raising the bar on market expectations with a focus on customer centricity, the bank’s strategy endeavors to achieve its mission of banking excellence through a range of highly focused strategies, aptly themed under the ‘Year of You’ slogan for the year 2018.