Furthering its commitment to national initiatives that focus on economic diversification, Bank Sohar recently announced its support to the Salalah Tourism Festival 2018 by being one of the sponsors of the annual event that attracts tourists locally, regionally and internationally. 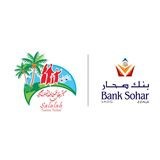 Taking place from July 10th to August 25th, Bank Sohar’s presence will be marked by a number of road shows and engagement events, which will not only serve as a platform to engage with visitors from across the country and tourists from other countries, but will also encourage increased private sector involvement, give a fillip to the festival’s activities and add momentum to the national tourism development drive.

Commenting on the announcement, Mr. Ahmed Al Musalmi, CEO of Bank Sohar said, “We are proud to extend our support to Salalah Tourism Festival this year, a major national event and a priority in the tourism calendar of Oman. In 2007, we commenced operations with a strong motive of being a community oriented bank which translated into continually supporting social and economic drives of local communities and the country at large. Over a decade in, that focus has grown even bigger. This year our involvement in the festival comes at an important time as the government is doubling efforts to achieve economic diversification across key sectors including tourism.”

The Salalah Tourism festival is central to the government’s tourism agenda in shaping Oman to be a global tourism destination. This mid-summer’s monsoon extravaganza with its combined displays of natural and culture beauty serves as the perfect platform to showcase Oman to the world. Efforts by the Ministry of Tourism to increase the scale of festivities and attractions in Salalah have resulted in enormous payoff with the region welcoming an increased influx of tourists during its famous Khareef. The Festival also presents an opportunity for corporations and businesses alike across Oman to join the nation’s tourism initiative and, more importantly, boost its contribution to GDP since the sector lies at the centre of Oman’s broader plans for economic diversification.