Marking the completion of over 11 years of banking excellence within the Sultanate, year 2018 witnessed yet another achievement for the Bank as it announces its financial results for the second quarter ended June 30, 2018. The second quarter witnessed a growth of 20.89% in Net Profits achieving a net profit of OMR 13.982 million as compared to a net profit of OMR 11.566 million during the same period in year 2017. 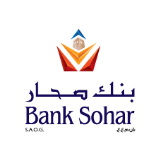 Commenting on the results, Mr. Mohammed Mahfoudh Al Ardhi, Chairman of Bank Sohar, said, “Bank Sohar continues to strengthen its leading position among its competition and other corporations, while leveraging the 2018 slogan ‘The Year of You’. I am pleased to say that our allocation of resources combined with a robust strategy for sustainable growth continues to deliver above and beyond the challenges.”

Mr. Ahmad Al Musalmi, CEO of Bank Sohar, said, “The results for the first half of 2018 reflect the Bank's commitment to excellence and the positive reaction of stakeholders to our growing range of quality products and services. Our focus for the year remains geared towards increasing customer centricity, engagement, and digitization, whilst providing a superior banking experience that transcends our customer base in a comprehensive strategy centered on sustainable growth. I offer sincere thanks to our Board of Directors, our customers for their loyalty, and Bank Sohar's workforce for its contribution as the core driver of our ongoing success and market leading position.”

Bank Sohar concluded the first half of the year on a high note with notable achievements in enhancing service to boost customer centricity, as well as expanding its operational network of branches, increasing digitization, diversifying its portfolio, and engaging new market segments through product-based innovations. Reiterating its commitment to raising the bar and going beyond market demand with a focus on customer centricity, the bank’s strategy has been positioned under the ‘Year of You’ slogan, through which it endeavors to achieve its mission of banking excellence.