In its commitment to play a vital role in contributing to the nation’s economic development, Sohar International recently held the third edition of its Chairman’s Forum ‘Viewpoints’ at Kempinski Hotel in Muscat. The platform’s thought-provoking series of talks from world-renowned leaders extended in the presence of key economic stakeholders, featuring His Excellency Guðmundur Árnason, Permanent Secretary at the Ministry of Finance and Economic Affairs in Iceland. 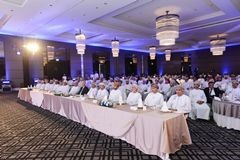 The third edition of Viewpoints observed a welcome note from Mr Mohammed Mahfoudh Al Ardhi, Chairman of the Board of Directors at Sohar International, in which he expounded upon the role of the platform as a catalyst for transformational change inspired by sharing experience and perspectives that bare strong socio-economic value. His audience was comprised of stakeholders from every key group of economic contributors, including public officials, dignitaries, business chiefs, academics, students, and entrepreneurs.

Highlighting the importance of the forum, Mr Mohammed Mahfoudh Al Ardhi said, “The impact of dialogue is limitless and cannot be overstated, especially when delivered by inspirational figures or visionary leaders that offer such profound value, pragmatic perceptions, wisdom, and expertise that serves as a catalyst for transformational change in Oman’s emerging market. HE Guðmundur Árnason’s outstanding contribution at ViewPoints generated important messages that are applicable to the Omani context in reference to the nation’s economic development, extending across various markets, industries, and economic channels that remain critical to the Sultanate’s continued progress”. 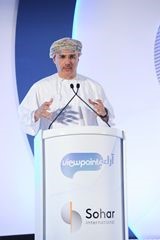 Mr Al Ardhi then welcomed HE Guðmundur Árnason on the stage to deliver his speech which gave valuable insights on issues of relevance to Oman as an increasingly globalized market. His Excellency elaborated on some of Iceland’s economic experiences with a focus on the country’s financial challenges and how they influenced Iceland’s new organic budget law. In the context of future planning, he discussed how strategic moves enabled Iceland to overcome said challenegs, moreover achieve a stronger and more stable economy.

Mr Ahmed Al Musalmi, Chief Executive Officer of Sohar International explained how the forum is already translating the Bank’s forward looking vision into reality. He said, “In-line with the recent launch of our new brand identity under ‘Sohar International’ and our promise to always be there for our customers and help people win, Viewpoints comprises an exemplary thought-leadership platform to instil new ideas and hence opportunities for transformation and development in the context of Oman’s economy. By bringing ideas that have already transformed economic landscapes in other countries, we are making sure to deliver more vision, velocity and value to the local market in an ever-changing world”. 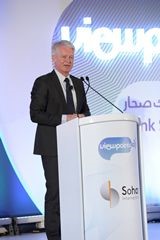 Following his speech, HE Guðmundur Árnason’s panel discussion with Mr Al Ardhi drew upon topics, themes, experiences, and hypotheticals stemming from his speech on Iceland’s fiscal development in relation to the domestic context. Before the evening concluded, the floor opened for a Q&A session for attendees as well as those watching and listening in live via broadcast on the bank’s social media accounts. Viewpoints concluded with a token of appreciation presented to the guest speaker.

During his presentation, HE Guðmundur Árnason shed light on Iceland’s comprehensive reforms in fiscal policy and how they unfolded following the world economic crisis in 2008. He recounted Iceland’s means of survival in the aftermath of this historic event, breaking down what he described as a ‘cautious economic strategy’, one that ensured that the country could maintain economic independence despite going bankrupt. Outlining the Icelandic government’s re-emergence, HE Guðmundur Árnason described the successful sovereign state as one without debt and a plethora of economic assets that it has pre-emptively diversified to secure foreign direct investment and new growth opportunities, similar to the Sultanate of Oman. 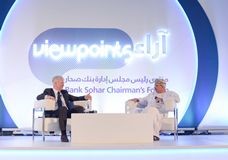 Viewpoints gained traction with its target audience following its inaugural session in April 2018, where it hosted H.E. Mohammad Abdulla Al Gergawi, Minister of Cabinet Affairs and the Future of the United Arab Emirates as Guest Speaker who tackled the importance of Future Foresight and how it can impact overall development. Bank Sohar’s Viewpoints’ second edition featured Sir Gerry Grimstone, Chairman of Standard Life Aberdeen, one of the UK’s largest savings and investments businesses, who delivered a speech entitled ‘The World is Changing – a Chairman’s View’.

Mr Al Ardhi added, “We continue to observe a growing and remarkable response from our invitees, who are equally committed to the Sultanate’s vision for a strong, diversified, and increasingly globalized economy defined by robust assets generated by thriving industrial activity. We look forward to inspiring our stakeholders furthermore with subsequent editions of Viewpoints, which will be announced in the coming months. We extend thanks to our esteemed Guest Speaker for his outstanding contribution in our mission to motivate and inspire the leaders of today, as well as future generations of nation builders in Oman”. 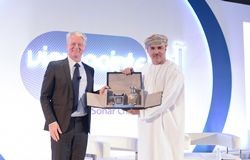 HE Guðmundur Árnason’s first senior public sector posting saw his appointment as Deputy Permanent Secretary in the Prime Minister´s Office in 1996, where he stayed until 2002, including simultaneous term serving as Senior Adviser to the Nordic Development Fund in Helsinki between 1998 and 2000. In 2002 he was made Permanent Secretary at Iceland’s Ministry of Education, Culture, and Science, before moving on at the Prime Minister’s request as an Administrative Coordinator in 2009 following a financial crisis. HE Guðmundur Árnason is presently the Permanent Secretary at the Ministry of Finance and Economic Affairs in Iceland. He holds a Master´s Degree in International Relations, as well as a Bachelor´s Degree in Political Studies from universities in the United Kingdom. 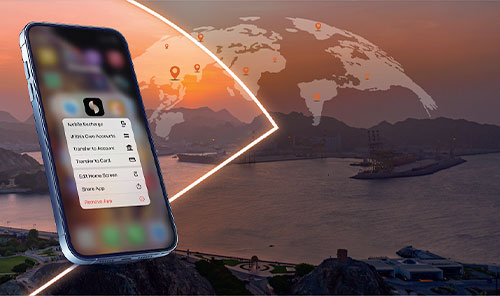 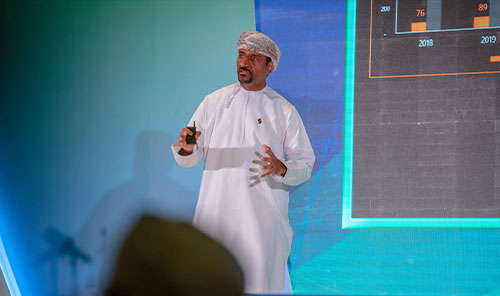 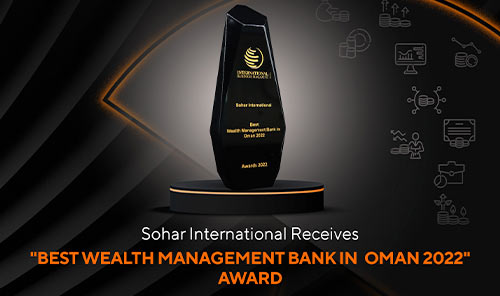