Marking the completion of eleven years of banking excellence within the Sultanate, year 2018 witnesses yet another achievement for Bank Sohar as it announces its financial results for the first quarter ended March 31, 2018. The Bank posted a growth of 48.6% for the period ended March 31, 2018, achieving a net profit of OMR 8.904 million as compared to a net profit of OMR 5.992 million during the same period in 2017. 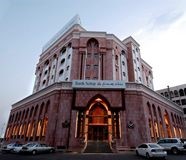 Commenting on the results, Mr. Mohammed Mahfoudh Al Ardhi, Chairman of Bank Sohar, said, “The Bank is continuing with its efforts to achieve sustainable and profitable growth despite challenging market conditions, these results show the positive outcomes of our well-positioned long-term strategies focused on offering innovative financial solutions that cater to different stakeholders. Bank Sohar has placed strong foundations that enable us to maintain our leading positioning in the market.” 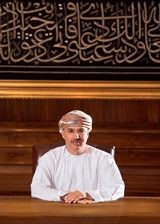 Mr. Sasi Kumar, Acting CEO of Bank Sohar, commented, “These results reflect the high level of trust our customers have for us, and we will continue the year 2018 with commitment to enhance further on our strategies geared towards customer centricity and digitization, providing superior banking experience to meet our customers’ expectations and financial needs. I would also like to thank our chairman, board members and each and every member of our Bank Sohar family for their contribution in this success.”

Bank Sohar concluded the first quarter on a high note following on from the successes of 2017, with notable achievements focused on enhancing customer centricity, digitization, portfolio diversification, and market innovation. With a reiterated commitment for year 2018 under the slogan the ‘Year of You’, the bank will continue delivering banking excellence among its products and services.